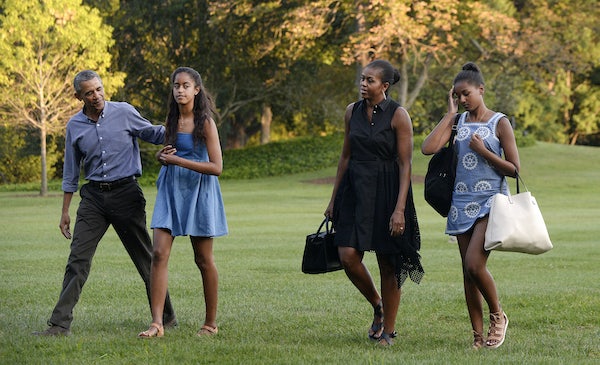 The Obamas are reportedly planning to stay in Washington for another three years.

According to West Wing Reports, they are apparently considering homes in the tony Kalorama and Embassy Row neighborhoods.

This is hardly a shocking revelation. The Obamas hinted back in 2013 that they might stick around town after President Obama’s term in office ends.

“We gotta make sure that she’s doin’ well … until she goes off to college,” Obama told ABC News’ Barbara Walters in an interview that year. “Sasha will have a big say in where we are.”