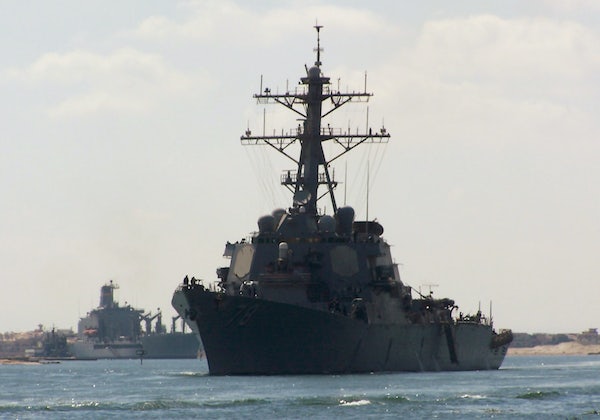 A U.S. official told the BBC that the ships were traveling from Kuwait to Bahrain when the Navy lost contact. The ships are believed to have experienced mechanical problems before being “picked up” by Iran’s coast guard and taken to Farsi Island. It is not clear if the ships, which may have been about 12 nautical miles away from Iran when the incident occurred, had drifted into Iranian waters. The New York Times reported that Fars, Iran’s semi-official news agency, said the ships were more than a mile into Iranian territory, and that the Islamic Revolutionary Guards had confiscated GPS equipment that would “prove that the American ships where ‘snooping’ around in Iranian waters.”

Pentagon spokesman Peter Cook, who spoke with The Associated Press, said “We have been in contact with Iran and have received assurances that the crew and the vessels will be returned promptly.”

The Persian Gulf has been the site of increased tension in the last few weeks: At the end of December Iran conducted rocket tests in the Strait of Hormuz, about 1,500 yards away from a U.S. aircraft carrier and French frigate. There are currently four Americans known to be held in Iran.