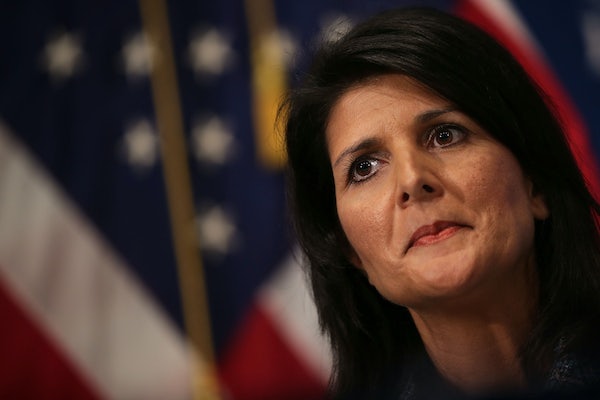 Nikki Haley is ignorant of the American history that most deeply affected her family.

At a press conference Wednesday, the South Carolina governor made a breathtaking comment: “When you’ve got immigrants who are coming here legally, we’ve never in the history of this country passed any laws or done anything based on race or religion.” Haley’s comments were somewhat unfairly attacked by Gawker, which wrongly argued that she was saying Jim Crow segregation and other racist laws didn’t exist. Haley’s comments were more focused on immigration law—but she was wrong even there.

As the historian Kevin Kruse noted in a Twitter essay, American immigration law has a long history of excluding people on the basis of race and religion, such as the Chinese Exclusion Act of 1882, the “Gentlemen’s Agreement” to limit Japanese immigration in 1907, and the Johnson-Reed Act of 1924 (which effectively made immigration difficult for anyone who wasn’t a Northern European Protestant). Writing in Mother Jones, Kevin Drum argued we should “give Nikki Haley a break” since this history isn’t well-known. “It’s not especially common knowledge these day,” Drum says.

But this isn’t abstract history for Haley. It is directly pertinent to her own life story. These laws explain why it was so difficult for Sikh immigrants from India, like Haley’s parents, to move to the United States prior to the Immigration and Naturalization Act of 1965, which removed many racist barriers. Haley should know her own family history.