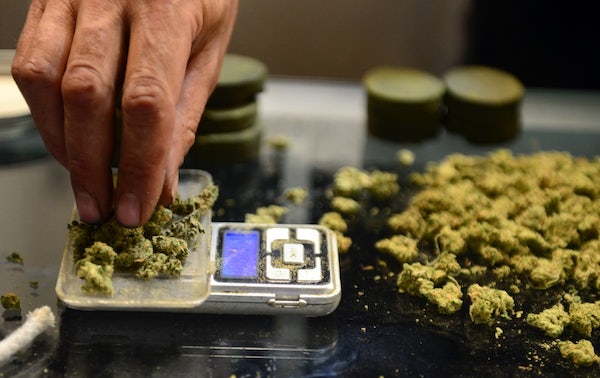 Kansas is holding this veteran’s children hostage over legal marijuana.

The Denver Post tells the story of retired Army veteran Raymond Schwab, who moved to Colorado in 2015 so he could continue to receive medical marijuana as treatment for post-traumatic stress and chronic pain.

Marijuana—medicinal or otherwise—is now legal in Colorado, but Schwab had moved to Topeka for a job in 2013. When he and wife Amelia decided to transfer back to Denver last year, his mother-in-law took their four youngest children to a police station and declared them abandoned.

The state looked into allegations of neglect and abuse, but found neither. That was nine months ago, but the Schwabs still don’t have their children back after the courts demanded Schwab give up pot—again, a legal substance where he lives—and subject himself to drug testing for four months to prove that he’s clean.

Kidnapping young children has become something of a habit in Kansas, apparently. The Post points to another instance of a mother who was arrested and lost custody of her 11-year-old son because of her outspoken advocacy for medical marijuana. She was brought up on a bevy of drug-related charges related to the use of cannabis oil to treat her Crohn’s disease.