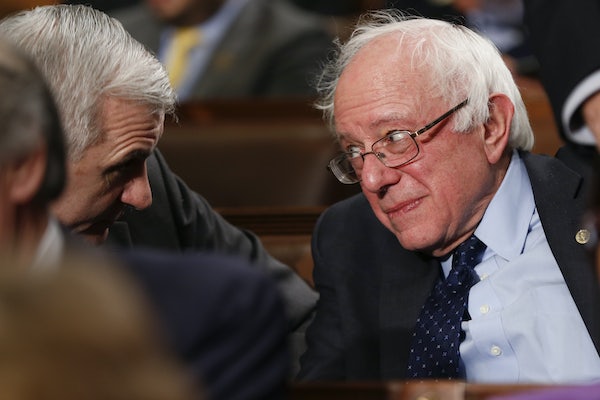 Bernie Sanders just made an important change in his position on gun control.

Hillary Clinton, evidently concerned about Sanders’s rise in Iowa and New Hampshire polls, has recently turned her fire on his comparatively more conservative record on guns. She has specifically called out Sanders’s vote in 2005 that shielded gun manufacturers from lawsuits when their guns wind up in crimes.

Sanders undercut that attack on Saturday, by coming out in support of a Democratic proposal to take away that immunity.

“I’m pleased that this legislation is being introduced,” Sanders said. “As I have said for many months now, we need to look at the underlying law and tighten it up.” Sanders also promised to “make sure it includes a provision that allows us to monitor” unintended consequences on small gun stores.

At the debate tonight, watch for Sanders, Clinton, and Martin O’Malley to brawl over gun issues. They largely agree on the broad points, but Sanders has struggled to reconcile the differences on this issue between voters in his home state and Democratic primary voters at large. Either way, the issue could prove to be a swing issue favoring the Democratic nominee in 2016.