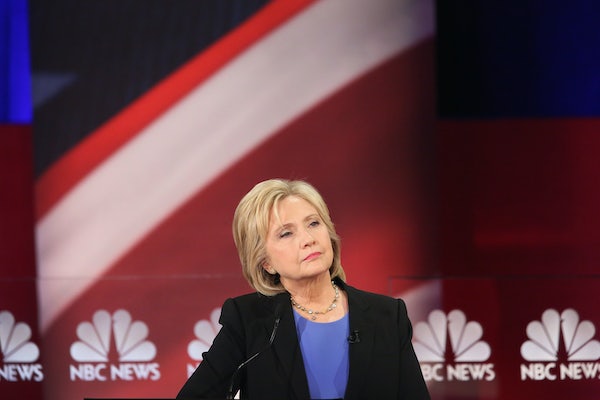 Clinton blasted Bernie Sanders’s single-payer plan all last week, and it didn’t go very well, as she deployed attacks—some of them quite misleading—without vigorously arguing for an alternative. She finally turned that debate into a matter of contrasts, rallying voters to embrace Obamacare instead of pushing for a more radical alternative. “The fact is that we have the Affordable Care Act—that is one of the greatest accomplishments of President Obama and the Democratic Party and of our country,” she said.

That, at least, is an affirmative vision for the country. But she still isn’t taking on the fundamental idea of single payer. She believes that even considering the idea would be needlessly reviving “a contentious debate” about health care when it’s more responsible and sensible to build on what we have. “To start over again with a whole new debate is something that I think would set us back,” she asserted. But that still doesn’t get to the question of whether single-payer is, in and of itself, a good idea. And that’s why her attacks may still leave Democratic voters cold.