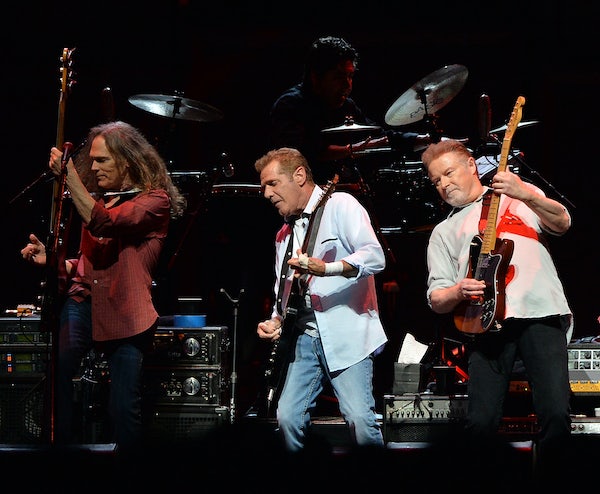 Ben Carson is gunning for the dad vote.

After news broke Sunday of the death of Eagles guitarist/quarterback Glenn Frey, the presidential candidates were largely silent. Only Mike Huckabee and Ben Carson commented publicly—even Martin “I brought my Taylor to your dorm room and won’t stop playing DMB” O’Malley chose not to weigh in.

Huckabee’s tweets suggest that he, like most white men over the age of 50, owns a copy of The Eagles Greatest Hits and has maybe never listened to an Eagles song that isn’t on that album. (Look, I hate The Eagles but even I know enough to drop in a reference to “Out of Control” or “Disco Strangler,” even though it’s a Don song, to suggest I’m not simply pandering.)

Ben Carson apparently saw Huck’s pun-y reference to “Peaceful Easy Feeling” and raised him, producing one of the all time greatest Dad tweets: