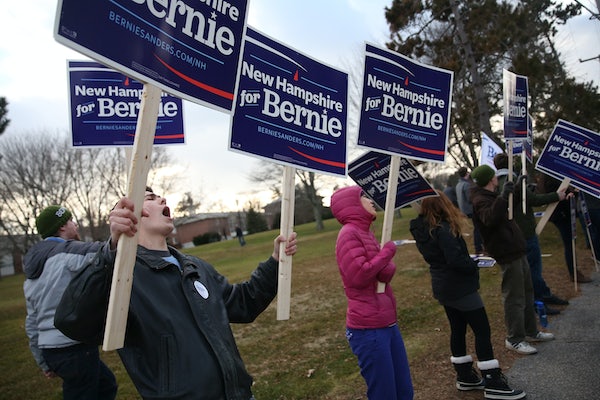 Bernie Sanders is clobbering Hillary Clinton in New Hampshire, according to a new CNN/WMUR poll.

According to the same poll, 52 percent of Democrats in the state say they are decided on who they will vote for, and within that contingent, Sanders holds an even bigger lead: 64 percent to Clinton’s 35 percent. CNN attributes some of Sanders’s climb in the polls to a reduced focus on foreign security.

This poll is an outlier so far, with previous polls showing a much tighter race. Still, there are some worrisome signs for the Clinton camp, including Sanders’s sky-high favorability rating of 91 percent.