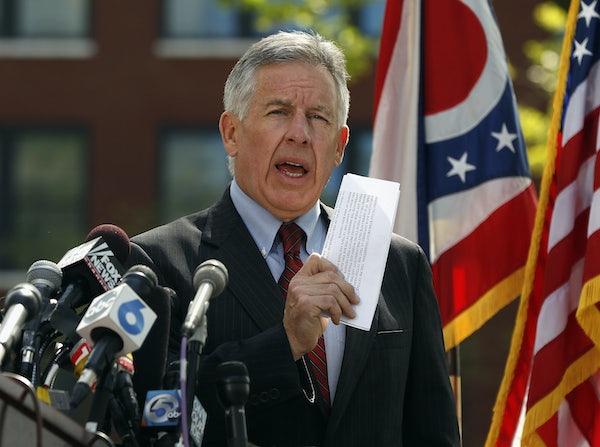 In the wake of a police officer shooting and killing the 12-year-old Cleveland boy some 14 months ago, certain assumptions were made. The case would be assigned to the county prosecutor, who would urgently investigate and pursue an indictment of the two officers involved. The grand jury hearing his case would interrogate those officers, given that they’d waived their Fifth Amendment rights by submitting statements under oath. Then that grand jury would vote on whether or not to recommend charges.

None of these things happened.

We’d known that Cuyahoga County prosecutor Timothy McGinty committed a dereliction of duty by arguing against charges for the officers before the grand jury. He said as much on December 28 when he announced no charges would be filed. But Cleveland Scene reported today that the grand jury not only never took a vote on an indictment, it never cross-examined the officers.

McGinty’s communications director Joe Frolik told Scene that the reason a “no-bill notification” (signifying no indictment) doesn’t exist is because it was “technically not a no-bill, because they didn’t vote on charges.” He claimed the grand jury was used for “investigative” purposes. So why did the jurors never ask the officers one question?

There’s a lot more in this Scene report, and you should read it all. But this is only the latest indication that police violence cases need to be taken out of the hands of local prosecutors altogether.