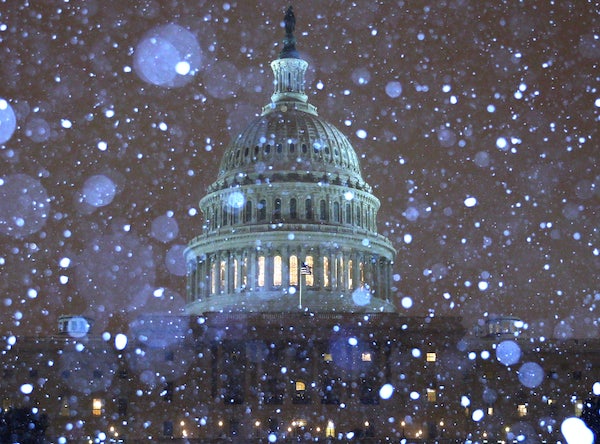 Washington, D.C. is going to be just fine if there’s a giant blizzard this weekend... Just fine...

One inch of snow paralyzed our nation’s capital yesterday, resulting in nine hours of gridlock. Here’s the Washington Post’s poetic look at what one inch of snow does to drivers who aren’t used to it:

From every corner of the region and into the wee hours of the morning, from every highway and byway, motorists vented their anger and frustration that they were still out there — at 1:00 am, then 2:00 a.m. and still at 3:00 a.m — because of ice and untreated roads, from a modest early-evening snowfall that came and went in a few hours. As the beginning of the morning rush hour grew near, there were still reports of hazardous conditions and road blockages in many areas.

Washington, D.C. is a strong argument that incremental progress, or progress of any kind, exists. Drivers in Washington, D.C. have not gotten remotely better at navigating in snow and ice over the past century—a nineteenth-century dusting would presumably have resulted in fishtailing Conastoga wagons and roads littered with abandoned ox carts.

Of course, it’s possible that this grace note dusting will prepare the people of D.C. and their leaders for what’s ahead. But I wouldn’t count on it.