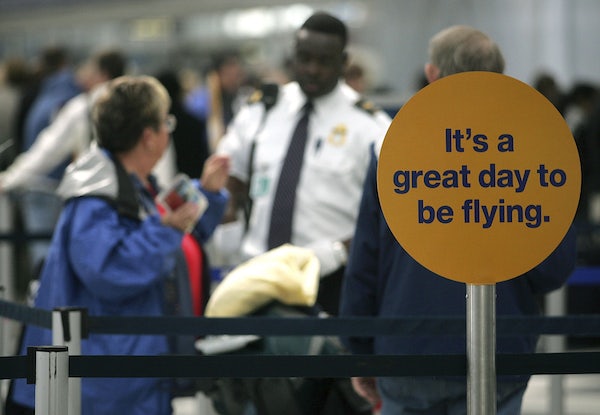 The Associated Press reports that the Transportation Security Administration confiscated 2,653 firearms from carry-on bags in 2015, 82.8 percent of which were loaded. That’s a 20 percent increase in the number of confiscated guns from 2014, which had itself been a record year. The TSA doesn’t always catch everyone who brings a gun through security, so who knows how many times the person you argued with over an armrest was secretly packing.

The airports with the most confiscations were in Dallas, Atlanta, and Houston. But not only is it illegal to take a loaded gun on a plane, it is a very stupid idea. Even if a discharged gun didn’t result in someone being shot, a bullet through a window would result in rapid depressurization, and a bullet in a fuel tank could mean an explosion. If you can live without liquids over 100ml, you can live without your loaded firearm.