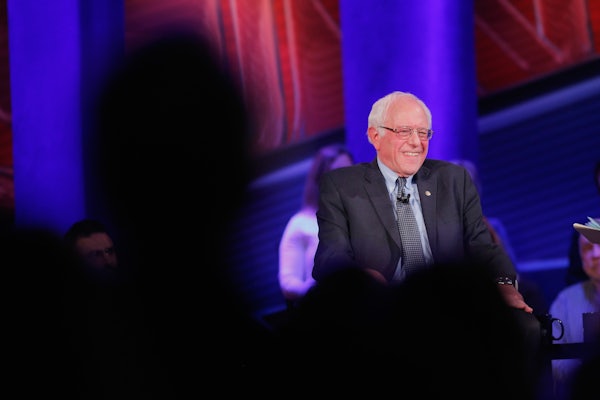 Bernie is putting a human face on socialism.

Sanders’s humorous performance at CNN’s Democratic town hall on Monday night has caught many by surprise.

Bernie was especially good-humored tonight, which might have caught you off guard if you’re used to his usual tone and demeanor. But more than coming off as personable and charming for his own reasons, Sanders is also making strides for the idea of democratic socialism.

Bernie’s got work to do when it comes to warming up Americans to the idea of any kind of socialism. By reflecting on his poor immigrant parents, remarking on his lean campaign, and opening up over the past few days about his minimalist way of life, Bernie is making the softer, sweeter, more domestic case for the kind of low-consumption, egalitarian lifestyle that matches up with his political projects.