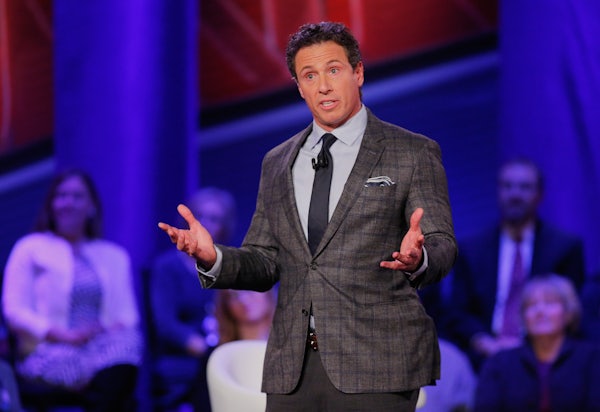 Chris Cuomo is the worst debate moderator we’ve seen so far, and that’s saying something.

The town hall format is hard to get right for a moderator. It requires mixing tough follow-ups with lighter questions, and a good moderator has to know when to insert his or herself into the conversation and when to sit back and let the candidate rant, ramble, or (more likely) repeat a cut-up version of a stump speech. So far, Cuomo has gotten pretty much nothing right—the best you can say about him is that sometimes he doesn’t talk. Plus he’s dressed like an old chair.

Cuomo is blending daytime talkshow host with softball debate moderator. Half of the time he seems like a charisma-less version of Stanley Tucci’s character in the Hunger Games with worse clothes, affecting an unearned solemnity, and the other half he looks like he’s auditioning for the next season of The Bachelor. The only moment he’s really inserted himself into the debate was to berate Bernie Sanders about “bringing back big government,” which is vapid even as a catchphrase. The rest of the time he’s just been smarmy.