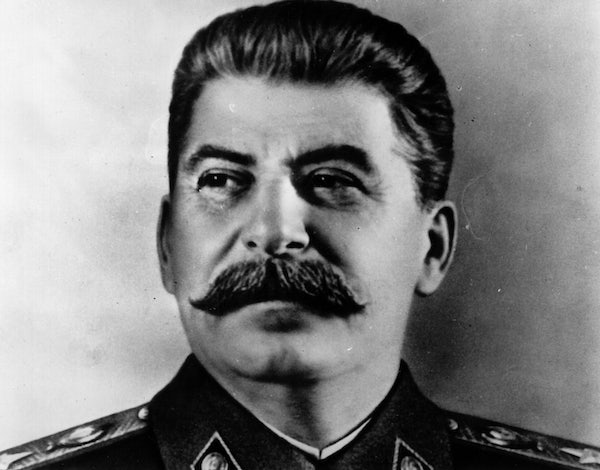 Stalin might have been a scatologist who studied the stool of a fellow dictator.

According to the BBC, reports have surfaced in Russia of a bizarre program maintained by the Soviet tyrant Joseph Stalin to gather information on people based on their excrement. As the British news organization reports:

According to Russian newspaper reports, in the 1940s Stalin’s secret police had set up a special department to get its hands on people’s faeces.

The ambitious aim: to analyse samples of foreign leaders’ stools.

In other words, espionage via excrement.

It is former Soviet agent Igor Atamanenko who claims to have uncovered this unusual project, while doing research in the archives of the Russian secret services.

Among those whose waste was analyzed by Stalin’s henchmen was none other than fellow communist dictator Mao Zedong.

How plausible are Atamanenko’s claims? Soviet-era archives have often proven to be tricky for historians, since the totalitarian state was arbitrary in keeping documents, some of which had deceptive intent. It’ll be hard to know if this story holds up until other historians have a chance to look at the document (itself not a sure thing given Russian archive management practices). For now, it stands as a bizarre story which, if true, offers new insight into how deep Stalin’s paranoia went.