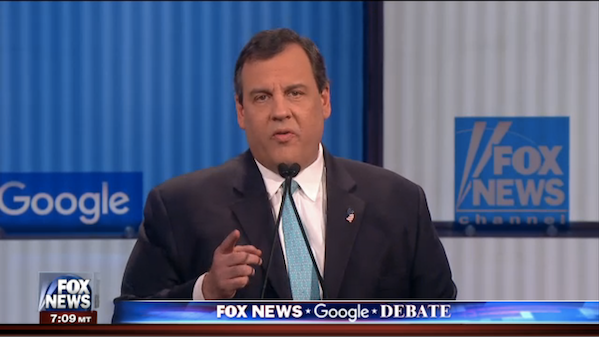 With Trump absent, who are the candidates here to debate?

Normally, in the final presidential debate immediately before the first primary contest, candidates line up to take shots at the frontrunner. Well, that guy isn’t on the stage tonight. So at the start of tonight’s event, who are these Republican master debaters targeting? In brief:

Cruz: Trump, in absentia; people who don’t like his Trump jokes; people who think foreign policy is not a video game.

Bush: Not Trump, because he misses him; anyone who previously liked teddy bears.

Paul: EVERYONE, starting with Ted Cruz.

Carson: All you haters out there; people who want actual politicians to be president.