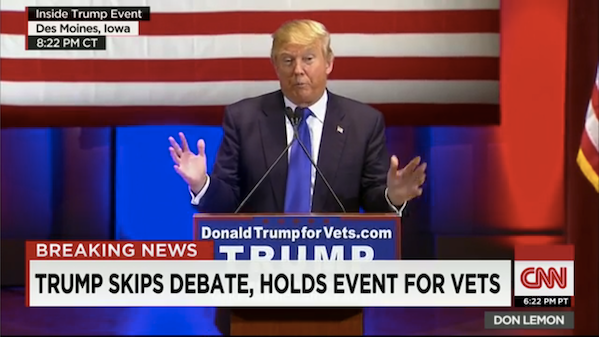 The Donald’s Republican debate counter-programming was interrupted early on—while he read a list of people who had already donated money to www.donaldtrumpforvets.com—by a group of protesters. They were quickly shouted down by audience members chanting “Trump! Trump! Trump!”

Trump himself was profoundly unbothered. “I love protesters in the big arenas because the cameras never move,” he said. “They’re always on my face.”

Here is how Trump has expressed his love for protesters in the past: