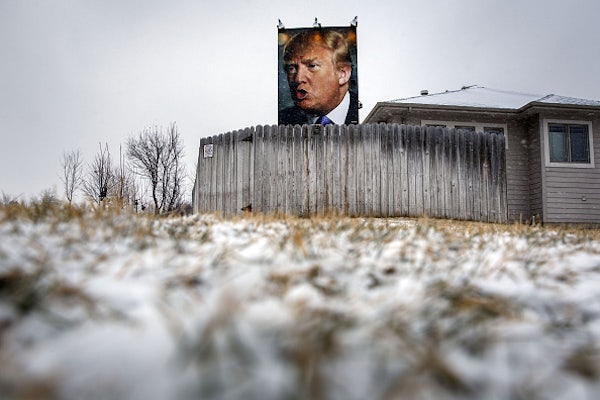 Every four years, we seem to forget what a caucus even is. (MSNBC’s Jacob Soboroff provided the best explainer I’ve seen in this cycle last Tuesday.) But one thing we always remember, even if it’s plainly obvious: Iowans have to get to the caucus safely. They’ll have to not only be inspired by a chosen candidate to leave the house or take off work to arrive at the site by the time things start at 7pm local time, but also decide whether the weather makes it worth the risk. In a Midwestern winter, that’s always an open question.

Winter Storm Kayla is forecast to move over the middle of the nation on Monday night, bringing with it significant snowfall to Iowa. Will it cause disruption for caucus-goers, though?

The Weather Channel reports that “at least light snow” will “spread into far southern and western Iowa, but hold off in northern and eastern parts of the state.” AccuWeather.com also notes that it shouldn’t create unsafe conditions.

If inclement weather does preclude some from caucusing, it’s likely to hurt Donald Trump and Bernie Sanders the most. Why? The Guardian reported Friday that those two are dependent on support from “younger voters and anti-establishment types who tend to turn up less reliably than the party faithful backing Clinton and the more traditional Republicans.” Also, Clinton’s ahead by 12 points with folks who have caucused before. We’ll see whether experience pays off.