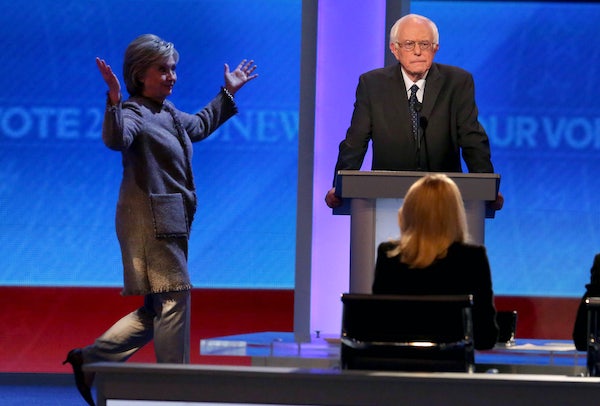 Sanders and Hillary Clinton  have an agreement to hold four more debates, but exactly when and where remains contentious. Hillary Clinton’s campaign urged on Saturday for Democrats to hold a debate in Flint, Michigan, in order to draw national attention to its ongoing water crisis.

Sanders’s campaign responded to the request in an email blast, agreeing to a debate in Flint if Clinton concedes to his request: The Brooklyn native wants to debate Clinton, whose headquarters are based in Brooklyn, in Brooklyn.

“The Clinton campaign, after not accepting Michigan, now says they want it,” Sanders campaign manager Jeff Weaver said in a statement. “We are pleased to do it on March 3 before the Michigan primary provided the Clinton campaign will agree to Brooklyn, New York, on April 14.”

Weaver ended by asking: “Why won’t they debate in Brooklyn? What’s the matter with Brooklyn?”

What’s the matter with Brooklyn, indeed.