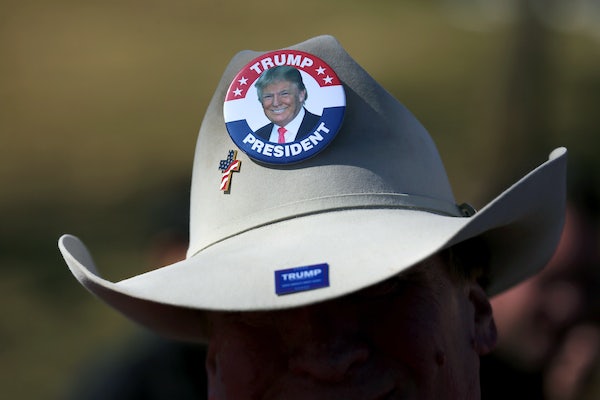 As we barrel toward the first contest of the 2016 primary season, the candidates are criss-crossing the state to corral last-minute support for what promises to be a close fight on both sides. Donald Trump attended a church service yesterday in Council Bluffs, Iowa, where he attempted to put some cash in the Communion plate. “I thought it was for offering,” he said, laughing. Ted Cruz tried and failed to hug his daughter, while his rally in Des Moines was disrupted by a man who pretended to vomit in a trash can while yelling, “Ted Cruz looks so weird!” Marco Rubio, who is running in third place in Iowa, is trying to build some Rubio-mentum, not for the first time this campaign season. The other candidates in the establishment crab bucket—Jeb Bush, Chris Christie, and John Kasich—will be spending the night in New Hampshire, an indication of where they think their fortunes lie.

On the Democratic side, Hillary Clinton is deploying the mayor of New York City to knock on doors in Iowa. “[T]he first response was, they don’t need more surrogates in Iowa, they’ve got plenty,” Bill de Blasio told the Times. “I said, fine, you know, I’ll go wherever you want.” Bernie Sanders, meanwhile, told his supporters this weekend to come out in force and “make the pundits look dumb,” which they’ll certainly manage to do on their own, with or without a Bernie revolution.