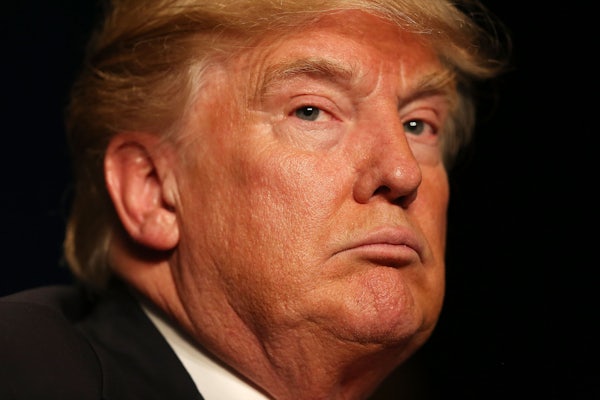 Donald Trump: “A story like this could damage my chances.”

That’s what the Iowa frontrunner told The New York Times, criticizing the paper for reporting, on the day before the Iowa caucuses, on the sexual discrimination claims being made by a fired Iowa field organizer.

Elizabeth Mae Davidson, 26, claims that last summer, Trump referred to her looks and those of another young woman volunteering for the campaign by saying, “You guys could do a lot of damage.” According to her complaint filed Thursday with the Davenport Civil Rights Commission, it only got worse from there.

Davidson’s main complaints? Women receiving unequal pay for equal work; being unable to plan for and speak at rallies while men did both; and, of course, the crude remark that Trump made. Her attorney told the Times that the complaint will trigger an investigation by the Davenport civil rights agency.

Trump denied the allegations clumsily. “That is not the worst thing that could be said,” he told the Times. “But I never said it. It’s not in my vocabulary.” He also added that Davidson was merely disgruntled. “My people tell me she did a terrible job,” Trump said.

If this is how he reacts to a sexual discrimination complaint within his own campaign, imagine the policy ramifications under a President Trump. The road to that unfortunate possibility begins today.