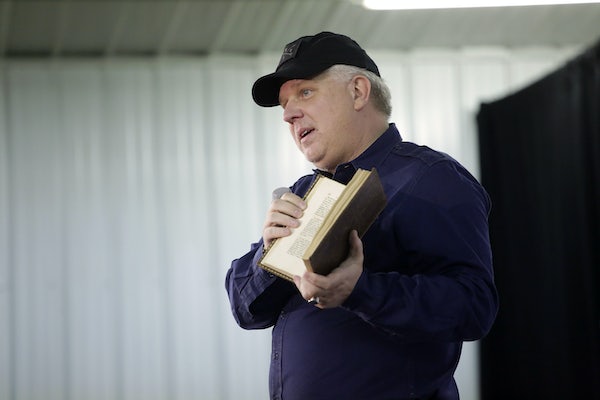 Glenn Beck predicts America’s destruction at the hands of God should Trump be elected president.

Beck, a conservative talk radio host, fan of gold, and founder of The Blaze (which is not a weed-related website), spent the weekend campaigning for Cruz in Iowa after participating in National Review’s January symposium contra Trump. Beck has many anti-Trump arguments, ranging from the billionaire’s ostensible support for “an ever-expanding government,” per Beck’s National Review entry, to his suspicion that Trump wants to be king of America, and have a dungeon, and place Megyn Kelly inside that dungeon.

But today Beck aired another line, this one perhaps designed to appeal to the prophetic sensibilities of Iowa’s Evangelicals, who could be a crucial swing block between Cruz and Trump. Speaking prior to the Iowa caucuses on CNN this morning, Beck warned that every time Israel “cried out for a king” and received one, they were shortly thereafter “destroyed,” implying that America, like ancient Israel, will be undone by its desire for an authoritative leader.

One could question why this particular authoritarian would be the one who did us in, but I’m sure Beck has his reasons.