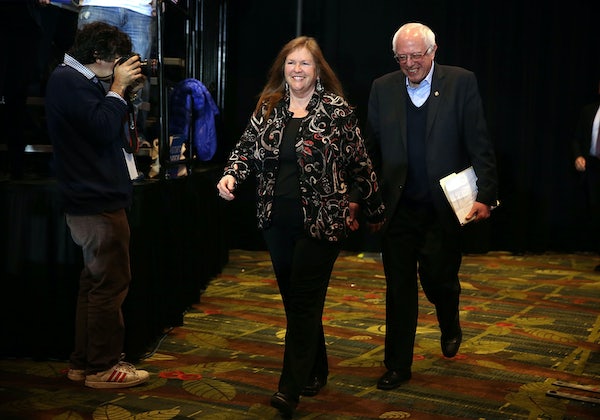 What does it feel like to yearn for the Bern?

Jane Sanders, Bernie’s wife of some 28 years, over the last few weeks has revealed the story of her rather unconventional courtship and marriage. After mentioning in an interview that Bernie proposed to her by confronting her, rather Bernie-like, in a Friendly’s parking lot, Jane opened up today about Bernie’s more compelling human traits.

On CNN, Jane explained what initially drew her to the admittedly brash and gesticular Bernie. “It was everything he stood for,” Jane laughed, not, as Chris Cuomo suggested, his “hair” or his “genteel manner.”

For Jane as for many Sanders fans, part of what makes Bernie attractive is his principled reliability. “He is sincere, and warm, and a wonderful ... I could not imagine having a better man as my husband, as the father of my children, the grandfather of my grandchildren. I love him more today than I ever did. I’m very proud of him.”