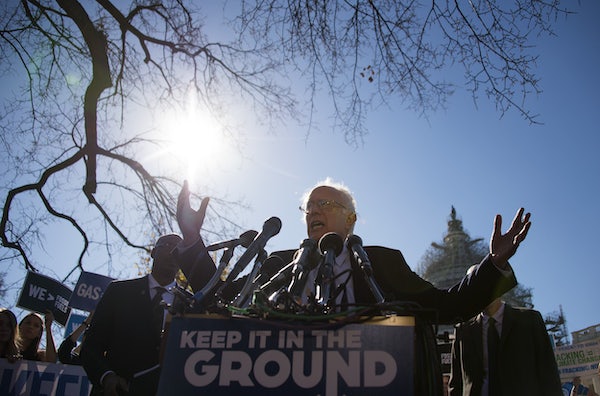 Bernie Sanders might want to thank climate change voters if he wins tonight.

According to a Quinnipiac University poll released Monday, voters who care deeply about climate change could be key to a Sanders upset over Hillary Clinton in the Iowa caucuses. Among likely Iowa voters who say climate change is the most important issue, Sanders is in the lead by a wide margin, 66 percent to 30 percent. Climate is clearly Sanders’s biggest advantage; his lead shrinks on other key issues.

Fewer voters say climate change is their top priority (at 11 percent) compared to those who consider the economy and jobs (36 percent) and health care (22 percent) to be their biggest concerns. Sanders’s advantage shrinks for voters who pick jobs, to 52-43, and he loses to Clinton among voters who say health care is their priority, 46-50.

Sanders was also the climate candidate of choice in a mock caucus held Friday night. Sanders won the caucus, hosted by a group called The Climate Mobilization, with 67 percent, to 12 percent for Clinton and 11 percent for Martin O’Malley.