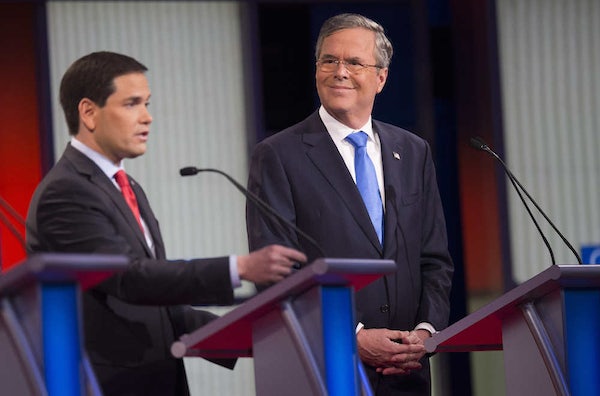 The main attraction of tonight’s Republican caucuses is the fight for first between Donald Trump and Ted Cruz. But the other major storyline will be whether one establishment candidate can emerge from the pack to challenge them.

Republican donors don’t appear to be waiting though. Buzzfeed combed through the latest campaign filings, which were released on Monday, and found at least 119 new donors to Rubio who had previously backed Jeb Bush.

The trajectory of donor flight from one Floridian to the other has held steady in favor of Rubio for months, but the latest filing, which covers the month of December, shows that the rate is quickening. The irony is that Bush has saved his most pointed attacks for Rubio, the latest evidence that his strategy to win the primary didn’t exactly work as planned.