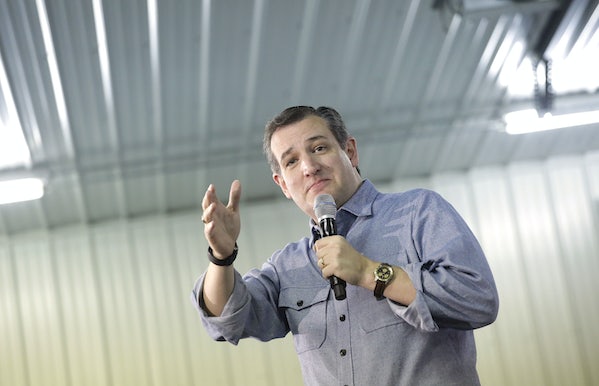 His campaign downplayed expectations after recent polls showed him trailing Donald Trump. But Cruz roared back to life on Monday night, claiming an important victory in the first contest of the Republican primary season.

The final results have yet to trickle in, but Trump was caught in a surprisingly competitive race with Marco Rubio for second place, suggesting a high turnout at the caucuses benefited the senator from Florida. For the moment, it appears Trump has the edge.

Cruz and Rubio will head into New Hampshire with a head of steam. But Trump is much stronger in the Granite State, and he won’t face the same logistical challenges presented by a caucus. Iowa could stand as a marker of Trump’s ceiling—or it could be the highest hurdle he has to face before a series of states that are much friendlier to his campaign.