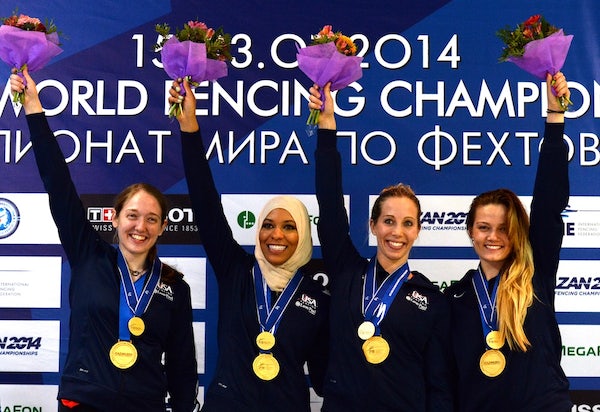 The world will see something it never has seen before: an American wearing a hijab at the Olympics.

Ibtihaj Muhammad is very good at fencing. She currently ranks seventh in the world in sabre, one of the three types of swords used in the sport. Over the weekend, she performed well enough at an international event in Athens to officially qualify for the U.S. Olympic team that will be competing in Rio de Janeiro next summer.

When she steps out onto the floor, she will become the first American to wear a hijab while competing at the Olympics.

The 30-year-old Muslim American has been racking up medals throughout her career, but this will be her first Olympic appearance after a hand injury kept her out of the London games in 2012.

In the annals of iconic sports photography, the Olympics have historically played a starring role. The image of an American donning a hijab while she receives a medal would surely be momentous enough to join them.