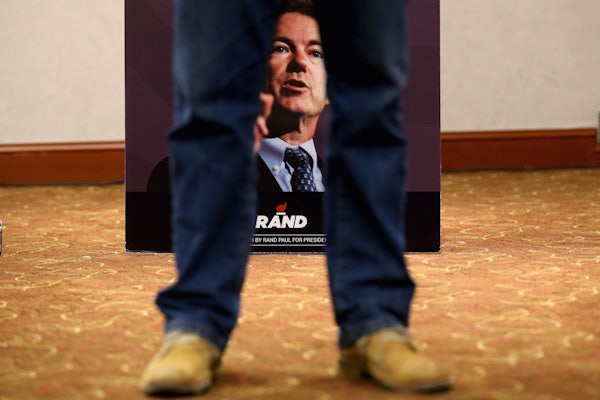 Rand Paul has dropped out of the 2016 presidential race.

Paul will instead concentrate on being re-elected to the Senate, CNN reports.

Like his father Ron, Rand had a small, highly engaged following—his statements in debates were often met with loud cheers and, when he was demoted to the undercard debate, his supporters briefly disrupted the main debate by chanting his name. Unlike his father, however, Rand wasn’t really able to translate that engagement into anything bigger, and consistently struggled in both state and national polls.

New Hampshire is a state that heavily favors libertarian candidates—Ron Paul received 23 percent of the vote in 2012—but Rand won’t get to test his message there. That said, his endorsement will mean more in that state than in any of the other 50, so it will be interesting to watch what he does over the next six days.