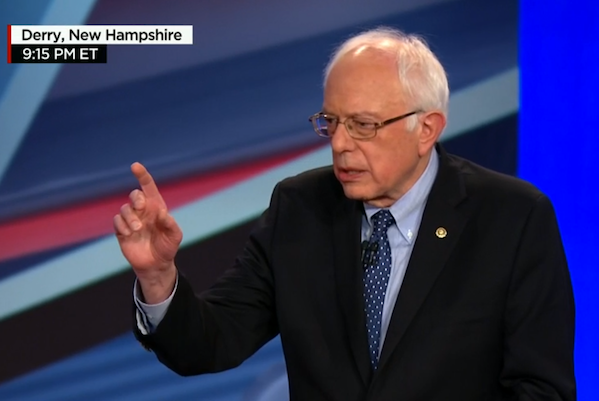 We found out many things about Bernie Sanders tonight, including his feelings about his singing voice.

While much of Wednesday’s Democratic town hall on CNN was taken with issues, there were some glimpses into Sanders’s personal life. Among the insights:

1) He admits he can’t carry a tune and the folk album he released in 1987 is “the worst album of all time. People can’t believe how bad it is.”

2) He drives the smallest Chevy there is, which is red, but he has no idea of the make or year.

4) His proudest achievement is being married for 27 years, with many kids and grandkids.

5) That Sanders thinks his wife would describe him in one word as “intelligent.” In fact, Jane Sanders says the one word to describe him is “integrity.” So Bernie would probably lose The Newlywed Game.