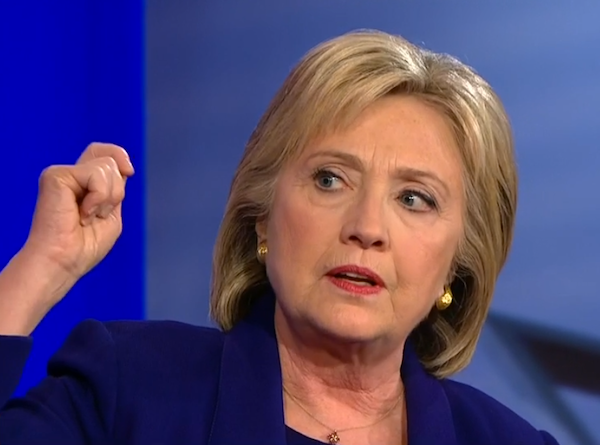 Hillary Clinton was asked about her Twitter beef with Bernie Sanders. Her answer was more revealing than she thinks.

We all knew Tuesday afternoon’s flame war between their camps was going to come up during Wednesday’s Democratic town hall in New Hampshire. CNN’s Anderson Cooper second question of Clinton was to respond to Sanders’s assertion that she is a progressive only on “some days.”

Her answer was smart politically, insofar as it aligned her with a president who remains very popular with Democrats. The thrust of her argument, though, says more about her own conception of progressivism than it does about Sanders’s reluctance to include her in that movement. Obama and Biden aren’t progressives. They’re centrist liberals with hawkish foreign policy instincts. In that sense, they are indeed like Clinton.