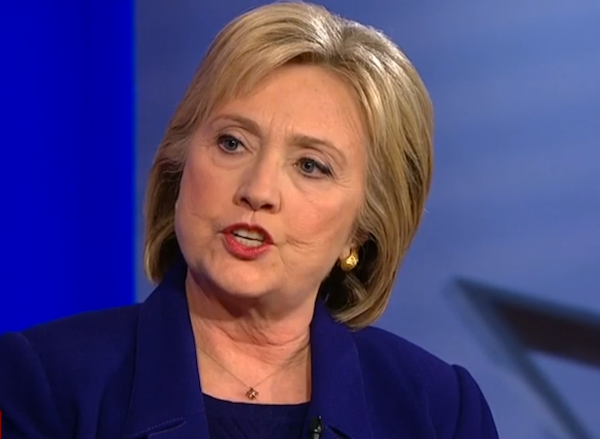 At Wednesday’s Democratic town hall in New Hampshire, CNN’s Anderson Cooper asked Clinton about the term, which she first coined in 1998 to describe the machinations behind the Monica Lewinsky scandal. Does such a conspiracy still exist? Yes, she said. In fact, she thinks the conspiracy has gotten stronger thanks to the likes of the Koch Brothers directing Republican politics.

But in reiterating her belief in this conspiracy, Clinton showed a crucial difference with Sanders, who is focused on the dire effects of Wall Street, big banks, and corporate power. In a nutshell, Clinton conceptualizes the enemy of progress as a faction that has sway over one party in the system, while Sanders sees the problem as belonging to a class (the super-rich) who have inordinate power over the entire political system.

The different ways that Clinton and Sanders conceptualize their enemy is crucial to understanding their different approaches to politics. Clinton promises to defend the achievements of the Democrats from the onslaught of the right, while Sanders’s goal is to incite a political revolution to challenge the rule not just of a small faction of the rich, but all the rich.