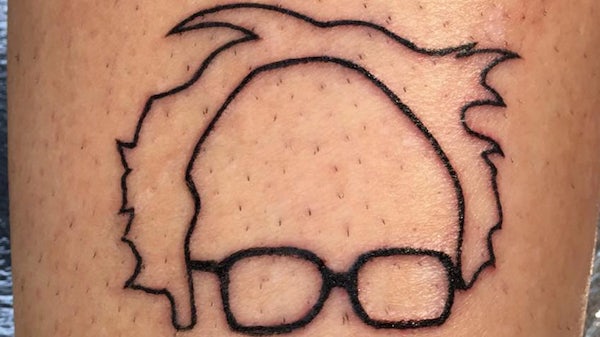 People are getting tattoos of their favorite presidential candidates.

In Seabrook, New Hampshire, dozens of people have been getting Donald Trump’s likeness permanently inked on their skin, after local tattoo shop owner and Trump supporter Bob Holmes announced he would be giving them away for free.

In response, a Vermont tattoo shop has begun offering free Bernie Sanders tattoos. “We’ve done at least 30,” shop owner Tyre Duvernay told Mashable. “Were getting five to ten calls a day, and there are plenty more on the books.”

Justin Smith, a 33-year-old volunteer for Hillary Clinton’s campaign in South Carolina, has her portrait etched on his leg.