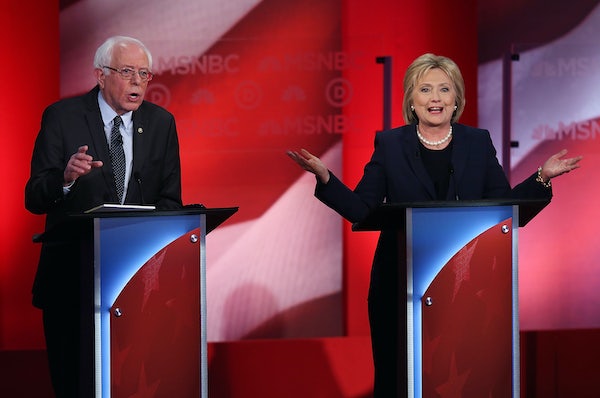 Here are just a few of the ways Hillary Clinton has defined herself as a progressive tonight.

After days of feisty back-and-forth with Bernie Sanders, Clinton arrived at the debate tonight ready to defend her record and fully prepared to define the word “progressive” her way. And she wasn’t about to let it go once she started, repetition be damned. A small sampling from just the first hour:

And in the unlikely event that the point might elude someone, Clinton’s campaign tweeted this earlier in the evening: