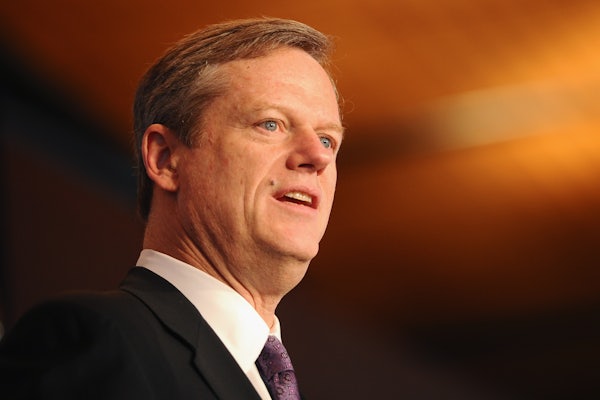 Why is America’s most popular governor endorsing Chris Christie?

Massachusetts Governor Charlie Baker (that’s Chahlee Baykah, for our Boston readers) will endorse Christie for president today. He’ll attend a New Hampshire rally for Christie on Saturday, and could also make televised appearances for the candidate, a Baker adviser told The Boston Globe.

The duo might seem like an unlikely match at first glance: With a 74 percent approval rating, Baker is the country’s most popular governor. Christie, on the other hand, is a long-shot candidate, currently polling in sixth place nationally.

But with his endorsement, Baker is repaying a debt. Back in 2014, Baker was locked in a tight gubernatorial race in Massachusetts, a traditionally blue state. The Republican Governors Association, which Christie chaired at the time, made an $11.4 million investment in Baker’s campaign and helped him secure his win against Democrat Martha Coakley. Much of Christie’s team is made up of old RGA colleagues, too.

Baker’s move also sets himself up nicely as a friend of the GOP establishment. A moderate with a reputation of being able to speak across party lines, Baker is aligning himself with powerful forces like the RGA who could provide vital support in future bids (2020, anyone?).