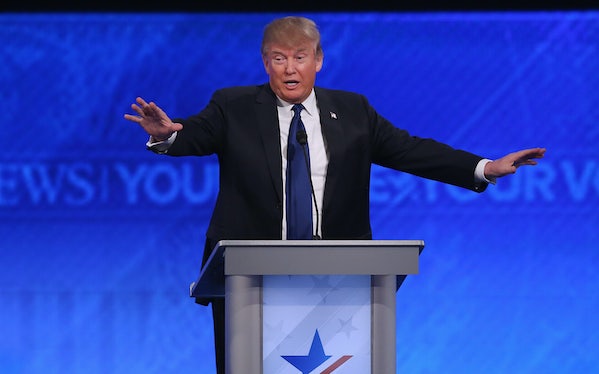 Donald Trump went on a tirade against free trade, and none of his rivals objected.

Trump may have accepted Republican orthodoxy on taxes, but he is still a populist on trade. So it’s no surprise that at the debate he underscored his opposition to the Trans-Pacific Partnership and the need for trade agreements that don’t export jobs. But what’s more surprising is the unwillingness of his rivals to defend the Republican Party’s orthodoxy on trade. In the past, Rand Paul would call out Trump’s economic heresy and reiterate a commitment to free trade, but Paul is out of the running. The other candidates might not agree with Trump, but they know his position is popular with certain Republican voters, so it goes unchallenged.