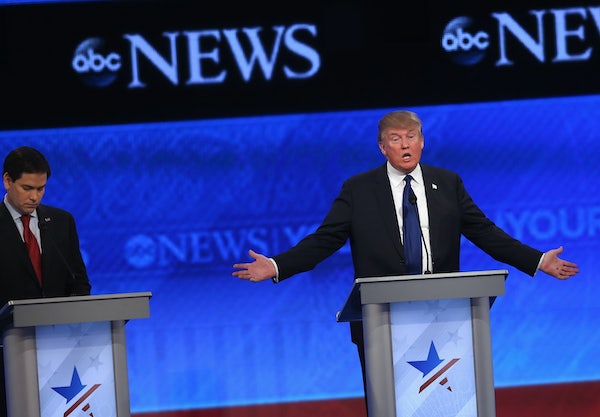 Trump’s obsession with “taking the oil” makes no sense.

Trump claims to have a plan to “quickly” defeat ISIS: take the group’s oil and close its back-channel access to banking. This solution has the benefit of playing to Trump’s strength as a businessman. As he said, “Nobody knows banking better than I do.” But it also makes no sense.

Trump talks about oil as if it is a discrete, fungible thing that you can move quickly like bars of gold from Ford Knox. As he tweeted back in 2013:

But the oil that ISIS controls isn’t so easily acquired. It’s in the ground. It needs to be extracted, refined, and then sold. Which means that the only way to “take the oil” is to control the territory the oil is sitting on, requiring an indefinite military occupation. Trump being Trump, he feels no need to explain how his policy will require sending tens of thousands of American troops to the Middle East for an indefinite occupation whose purpose is plunder. But at least no one knows banking better than he does.