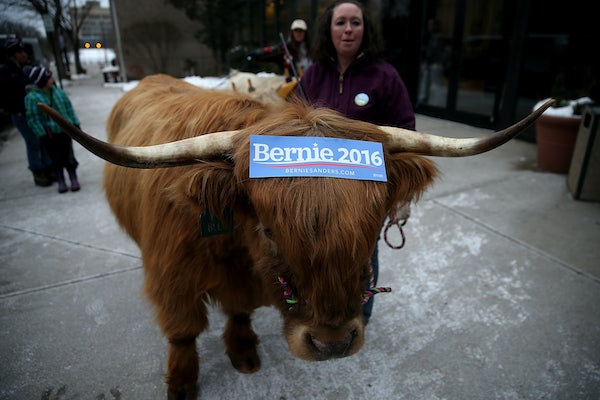 How Bernie Sanders can appear principled even when he attacks Hillary Clinton.

Sanders says he hates negative campaigning and doesn’t do it. Clinton would deny that Sanders is so high-minded, complaining that the Sanders campaign has engaged in “artful smears” against her.

In fact, Sanders has a finely calibrated way of criticizing his rival. He avoids personal insult but tries to indict the larger system that Clinton can, fairly or not, be linked to. This approach was on display yesterday, when Sanders, speaking to Jake Tapper on CNN, refused to join calls that she release the transcripts from the lucrative talks she gave to Wall Street banks. “I think the decision as to whether or not to release it is her decision,” Sanders said.

But Sanders in the same interview insisted that the United States “has a corrupt campaign finance system” in which corporate money is too powerful. Because Sanders’s attack is on the system in general, and not on Clinton’s particular actions, he can seem principled even when he is on the offensive. It’s precisely this sort of attack that Clinton is having trouble refuting, which is why she describes it as “artful.” Clinton will need to figure out a way to parry this style of criticism if she hopes to maintain her narrowing lead over Sanders.