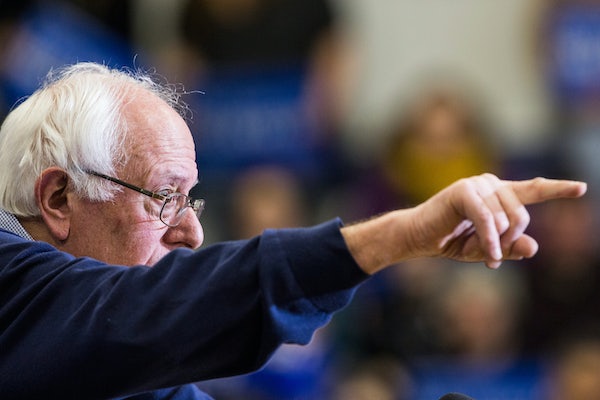 This is what Bernie Sanders means when he talks about corruption.

Last week’s MSNBC debate drew a defining contrast between Sanders and Hillary Clinton on what is becoming the defining issue of the Democratic race: the corrosive influence of money in politics. Clinton characterized corruption as a matter of individual intent, calling on Sanders to name an instance in which she’s changed her mind at the behest of her benefactors. Sanders, for his part, returned to the notion of corruption as an inherent aspect of a political system funded by narrow private interests, pointing to banking regulation and health care as areas of macro-economy policy unduly shaped by corporations.

These two understandings of corruption aren’t mutually exclusive, though. Take this new investigation from The Intercept, detailing the ties between a number of high-level Clinton strategists and fundraisers and the industries that Clinton, as president, has vowed to rein in. The “revolving door” phenomenon it portrays is just as pervasive in Washington as the influence of private money itself. Corruption can be about people and systems at once. And Clinton appears to have a problem with both.