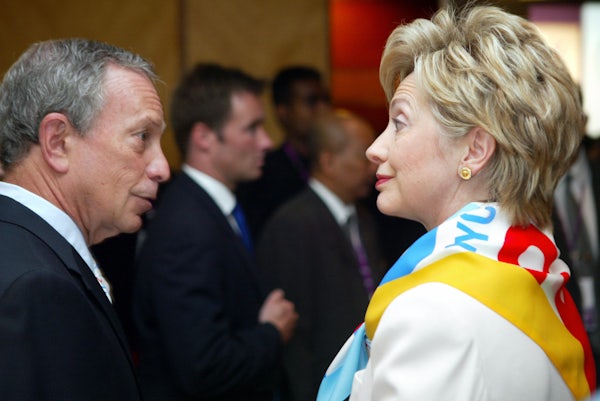 Bloomberg told the Financial Times in an interview he is “looking at all the options,” which only tells us he might do it. “I find the level of discourse and discussion distressingly banal and an outrage and an insult to the voters,” he said. He would need to get started soon, he said, as early as March. “I’m listening to what candidates are saying and what the primary voters appear to be doing,” he said.

This would certainly add another obstacle to a race that has seen plenty of unexpected turns already. Just who would Bloomberg’s run hurt most? His net worth of $39 billion dwarfs Donald Trump’s estimated $4 billion, according to Forbes. But if anyone is at the edge of her seat, it’s probably Hillary Clinton. Clinton could lose supporters to Bloomberg because of his strong activism on climate change and gun control. In a close race, Bloomberg’s third-party bid could hand the presidency to the Republican nominee.