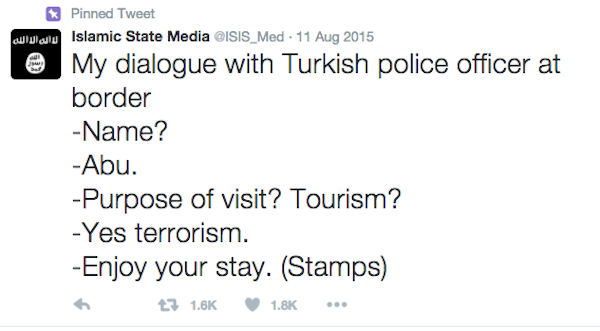 Kim Kardashian is still better at Twitter than ISIS, says the State Department.

ISIS’s savvy social media outreach has long been a staple of its campaign for new recruits: young women from London and even the Pacific Northwest have been approached about joining the terrorist organization through Twitter.

(For an overview of how ISIS uses Twitter, this Reply All episode with New York Times reporter Rukmini Callimachi should be required listening.)

Last week Twitter announced it had suspended over 125,000 ISIS-related accounts, and this week, statements from the State Department surfaced that ISIS’s reign of social media terror may be at an end. Under Secretary for Public Diplomacy Richard Stengel served a harsh burn for the terrorist organization: “Kim Kardashian is retweeted more in three days than ISIL has done on social media since they were created.”