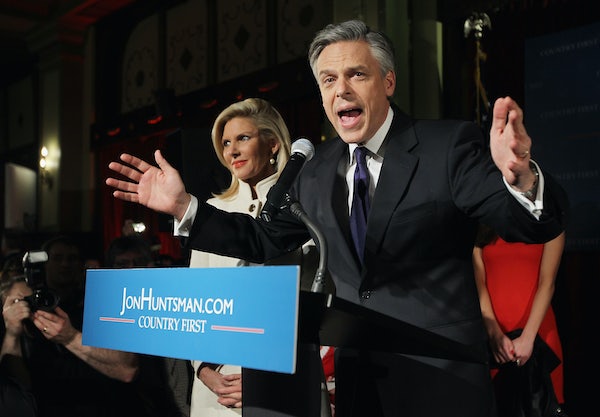 Don’t forget, the third-place winner in the 2012 New Hampshire primary was Jon Huntsman.

Set aside, if you can, the hilarity of a Mandarin-speaking former member of the Obama administration running in a Republican primary. Huntsman had staked his entire campaign on the Granite State, and his performance—netting 17 percent of the vote—was deemed so poor that he bowed out of the race days later. Ron Paul, who won 23 percent of the vote, came in second. Mitt Romney’s victory, with 40 percent of the vote, was considered so crushing that Politico wrote he was using it to “send a signal to the party that it’s time to start uniting behind him.”

That’s not quite what happened. But that was the story that came out of New Hampshire last time around. This time around, we are being told that the real contest is for second place, and that if Donald Trump does not win 31 percent of the vote his performance will be considered a disappointment. And if any of the establishment candidates, many of whom have also staked their campaigns on New Hampshire, can approach Paul’s 23 percent marker, or conceivably even Huntsman’s 17 percent, you can expect them to receive the party-uniting treatment.