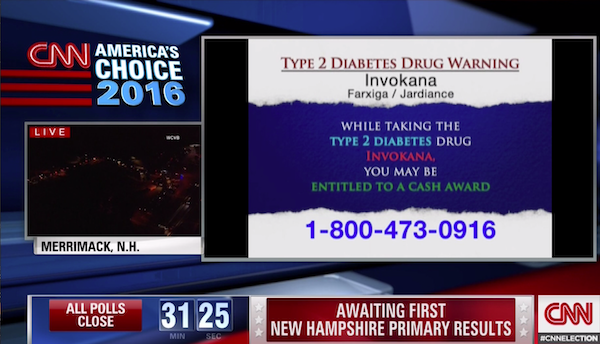 The worst thing about all of these clocks is that none of them have been particularly accurate! Yes, CNN’s coverage did begin at 4pm, but exit polls didn’t come in until well after 5pm, and as of 7:30pm, we still haven’t seen any primary results, which CNN has been teasing for hours. I would be upset that the countdown clocks haven’t been accurate, except the clocks are so clearly meaningless—though in an almost profound, Beckett-ian sort of way—that it doesn’t matter, because CNN’s endless countdown clocks are proof that nothing matters in this cold, senseless universe.