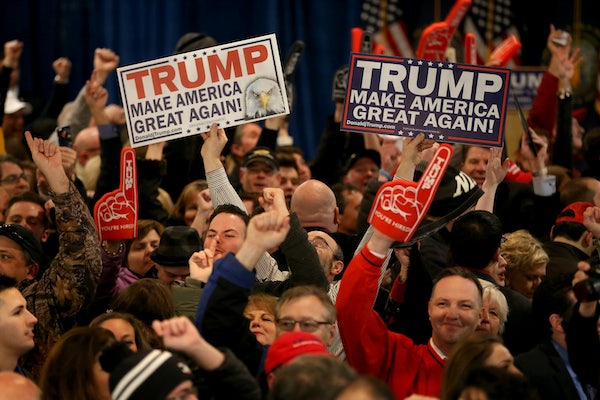 According to the rules of the expectation game, we won’t really know if Donald Trump “won” the New Hampshire primary until later tonight, when all the results are in and we can determine whether he matched expectations. (That would mean winning about 30 percent of the vote, if we go by the RCP average of polls.) But the cold reality for the Republican Party, one that was ignored in the jubilation that greeted Trump underperforming in Iowa, is that Trump can mobilize his supporters without any significant ground game to speak of, without airing ads on television, without pollsters and political professionals, sheerly on the strength of his charisma and a message that is often at odds with the GOP’s platform. And now he has notched his first primary victory, proving the last of the doubters wrong and showing that he can win in all the states that show him leading by sizable margins, including the next contest in South Carolina. The narrative may change as the night goes on, but the real story of the Republican primary continues to be Donald Trump.