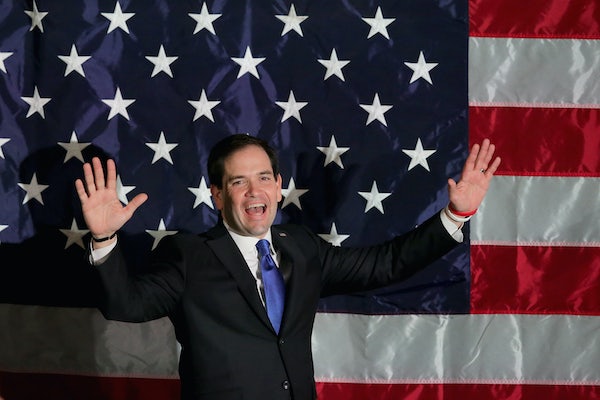 The Marcobot has become self-aware.

In his concession speech, Rubio attributed his disastrous showing in New Hampshire to his software malfunction at last Saturday’s Republican debate—which was obvious to most observers, but surprising coming from the candidate himself.

There was some victory to be had in Rubio’s “strong” third-place finish in Iowa. But fifth is a different story, with Rubio underperforming in the Granite State—as of this writing, he’s projected to take 10 percent of the vote, after averaging 14 percent across all polls.

Rubio’s strategy heading into Tuesday night was to continue building momentum through the first two primaries and consolidate the “establishment” lane in South Carolina. But it looks like his plan is in tatters. John Kasich came in second in New Hampshire, while Jeb Bush still has oodles of money to waste in this campaign.

As Rubio is so fond of noting, Barack Obama knows exactly what he’s doing. Too bad Rubio hasn’t got a clue right now.