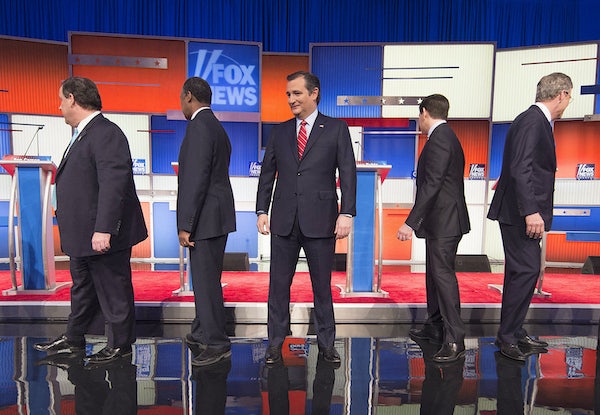 It was a three-man Republican race after Iowa. How many men is the race now?

After Marco Rubio won Iowa by finishing third, the general consensus was that the race was between an establishment figure (Rubio), a Christian conservative (Ted Cruz), and a melting orange sherbet cone (Donald Trump).

But after New Hampshire, the middle of the pack is more muddled than ever. If the results hold, New Age guru John Kasich will finish second, Cruz will be third, Jeb Bush will be fourth, and Rubio, the once and future king of the conservative pundit class, will be fifth. And while Ben Carson may have bombed in New Hampshire, finishing last (behind Carly Fiorina), he’s currently polling fourth in South Carolina, ahead of Jeb! and Kasich.

So who are the viable Republican candidates after New Hampshire? It’s certainly not a three-man race anymore. It seems fair to assume that Carson isn’t long for this world, though recent history suggests he may stay in the race for as long as he can make money. It seems like Chris Christie is dropping out, which should narrow the establishment Republican field, but Kasich, Bush, and Rubio are only hurting each other by staying in the race. Rubio still seems like the establishment candidate, but he flopped in New Hampshire and went full drunk-dad spinning his loss.

Heading to South Carolina, this looks like a six-man race—Trump, Cruz, Rubio, Kasich, Bush, Carson—which only benefits one candidate: the one who won New Hampshire.