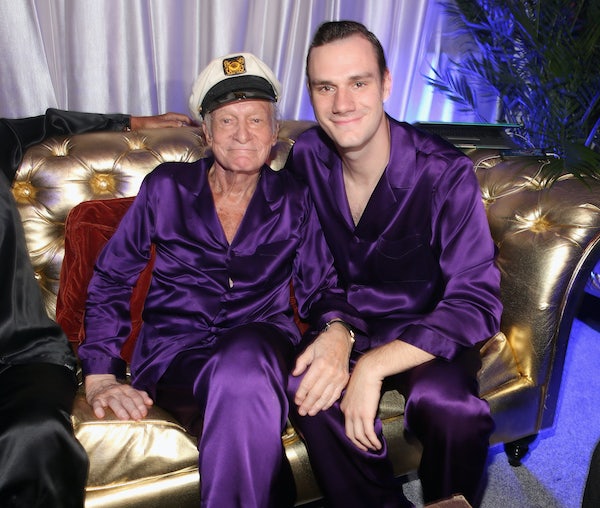 With no mansion and no nudes, Hugh Hefner’s son thinks “what’s happening at Playboy is sad.”

Cooper Hefner, who shares his father’s predilection for silk smoking jackets, thinks that changes at Playboy are bad for the brand. He told Business Insider that he took part in Playboy board meetings before the magazine announced in October 2015 that it would no longer feature fully nude images of women. But he is no longer involved in any significant way. “I was essentially asked not to participate in the board meetings,” he said.

Part of the dispute is about the magazine’s legacy and part is about whether the magazine understands what millennial readers want. Hefner said that when “the founder is responsible for kickstarting the sexual revolution” and the company decides to “pluck out that aspect of the company’s DNA by removing the nudity,” readers will wonder, “What the hell is the company doing?”

He also argued that nudity itself wasn’t the problem:

I didn’t agree with the decision because I felt as though millennials and Gen-Y didn’t view nudity as the issue. The issue was the way in which the nudity and girls were portrayed.

The interview also served as great publicity for Hefner’s project Hop, which Business Insider describes as “a content-focused media brand geared toward millennials” but which looks a lot like a magazine, and doesn’t seem to feature pictures of nude women either.