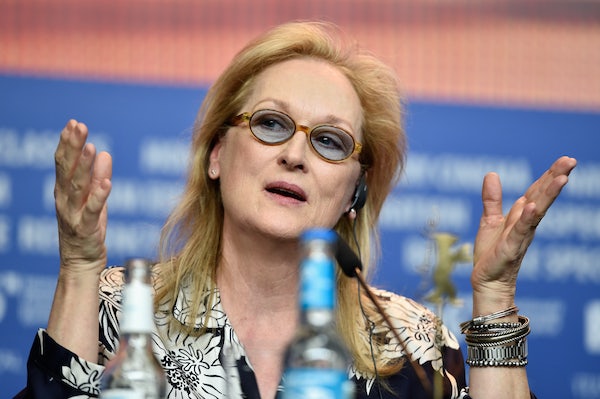 The 19-time Oscar nominee is heading the jury at this year’s Berlin Film Festival, and when asked on Thursday about the all-white jury, she said, “We’re all Africans, really.”

The comment came out of a response to an Egyptian reporter who asked if she understood films from the Middle East. “I’ve played a lot of different people from a lot of different cultures,” she said, adding, “There is a core of humanity that travels right through every culture, and after all we’re all from Africa originally.”

Now, if you actually look at what Streep is saying, she’s trying to make a point about our common humanity allowing us to understand films and peoples of different cultures. But it’s not really the best choice of words here. And white people playing people from other ethnic backgrounds is one of the many problems plaguing Hollywood.