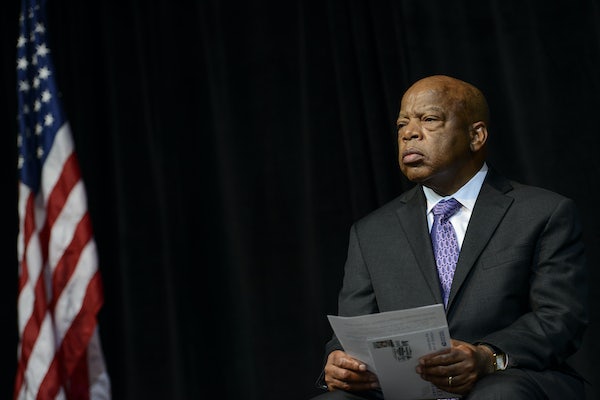 Clinton supporters are going after Bernie Sanders’s role in the civil rights movement.

Representative John Lewis, the civil rights icon, said this of Sanders today, as the political arm of the Congressional Black Caucus endorsed Clinton for president:

I never saw him, I never met him. I was chair of the Student Nonviolent Coordinating Committee for three years, from 1963 to 1966. I was involved in the sit-ins, the freedom rides, the March on Washington, the march from Selma to Montgomery. ... I met Hillary Clinton. I met President Clinton.

Sanders in the 1960s was an organizer with SNCC, and Lewis’s comments amount to a heavy swipe against what the Sanders campaign considers a very proud moment in his long career.

Other Clinton supporters have also been pushing back on Sanders’s civil rights record. Hazel Dukes, a former president of the NAACP New York chapter, told The Washington Post, “There were many people participating in that march, so what does that mean?”

Lewis is heading down to South Carolina to stump for Clinton, along with a few other colleagues from the CBC. But the CBC isn’t fully united behind Clinton: Keith Ellison and Barbara Lee have both distanced themselves from the endorsement.