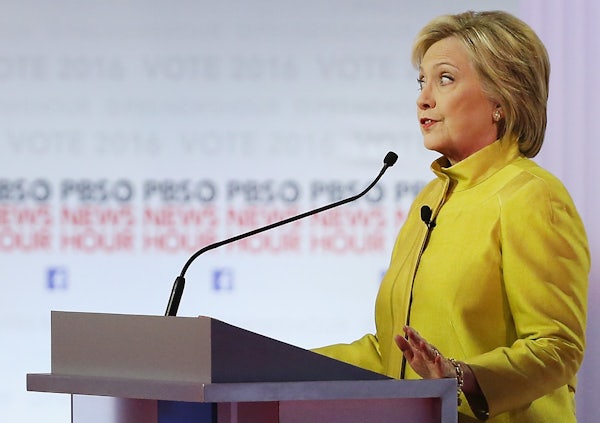 The Democratic debate is an audiophile’s nightmare.

Look, this is admittedly the smallest of small potatoes, but the sound at tonight’s debate are, to paraphrase Donald J. Trump, a total disaster.

The mics aren’t just popping on p’s—the most common offender—but on b’s and t’s too.

PBS doesn’t have to get this to Steely Dan-level fidelity (and as someone who detests Steely Dan I hope that doesn’t happen), but there are a lot of ways to fix mic popping: mic placement, (unattractive) windscreens, foam socks.

This has been a very chill debate for the most part, but the microphones are killing the vibe by making it sound like the Blue Man Group is playing in the background. Donate to your local PBS station, folks.