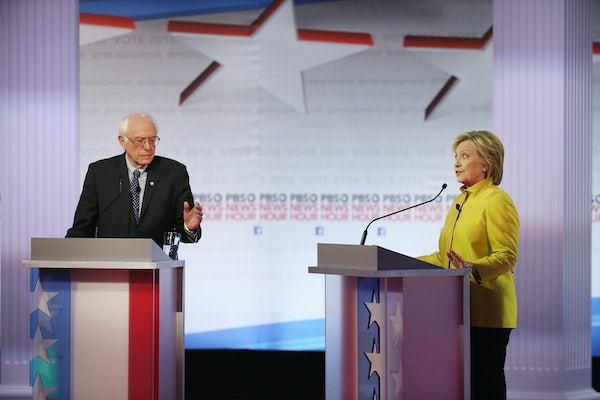 Both Clinton and Sanders are talking around systemic racism.

The good news on the Democratic side is that both candidates acknowledge that it exists. The bad news is that they shy away from thinking about systemic racism as a phenomenon that is genuinely systemic, that structures every aspect of how society is organized. Clinton made a revealing comment when she said, “We are seeing the dark side of the remaining systemic racism that we have to root out in our society.” The word “remaining” undermines the whole premise. “Remaining” suggests racism is residual rather than deeply entrenched.

For his part, Sanders suggested that his economic program, which would benefit working-class Americans as a whole, would improve race relations in America because African-Americans are disproportionately poor. But as Ta-Nehesi Coates reminded us in a recent article, while race and class are intertwined they can’t serve as a proxy for each other. “In its pervasiveness, concentration, and reach across class lines, black poverty proves itself to be ‘fundamentally distinct’ from white poverty,” Coates wrote.

Both Clinton and Sanders have programs that will help black Americans, but neither is quite willing to face up to, let alone challenge, the structures that make racism such a cancer.