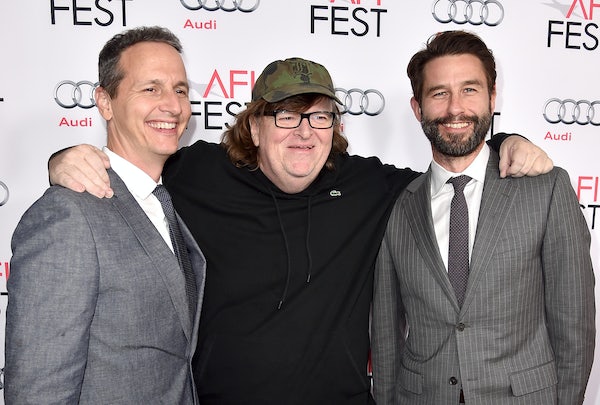 Did Michael Moore have some trouble getting his new film released?

That’s what The Hollywood Reporter is speculating. Where to Invade Next was bought by a no-name company run by Tom Quinn, Jason Janego, and Tim League this past fall at the Toronto Film Festival. But because the buyers have yet to announce any financial backers and won’t be including a company name in the credits, there are rumors that the group is actually being paid to release the movie, rather than paying for it.

Where to Invade Next has been having major promotion and publicity issues. After its opening date was pushed from December, to January, and finally to February, the film has struggled to compete with other new releases. Moore has canceled a bus tour of the U.S. (“An empty bus with Invade signage,” presumably one that has become sentient, “instead is making the rounds,” according to THR.) And he has dropped out of TV appearances due to pneumonia, further undermining promotion for the film.